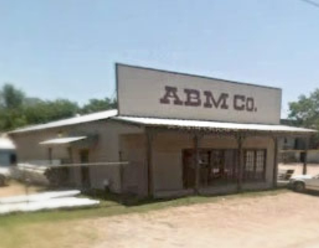 ABMIrrigation, Inc. is a multi-generational family run company that has served customers in countless cities within Texas and Louisiana founded by grandfather Tom Bosse in the spring of 1974 in Needville, TX.

In 2004, Tom got a new partner at ABM: his son Wyatt Bosse. They had worked together at ABM many years, also having a 50/50 partnership in the farming and ranching business under the name Bosse Farms.
Wyatt started working for Coastal Irrigation when he was only nine years old. He continued working for ABM through his high school years. After a couple missed years of college, however, he decided it was time to focus on his education. He went on to receive his Agriculture Economics Degree from Texas A&M University, before coming back to Needville.
After years of success, on January 1st, 2010 Tom and Wyatt created ABM Irrigation, Inc. The sole stock holders, of course, being Wyatt and Tom.

And to the Future...
The future of ABM looks bright with the return of recent Texas A&M graduate, Jacob Bosse to the business. With two generations of Aggies to carry on the legacy begun by Tom Bosse, ABM will continue to be a company built on service, trust, and value and we look forward to helping you with your irrigation needs!

Two ABM's
After buying Jack Adams out in 1978, the Green Valley location was closed, as it was primarily under the supervision of Adams. Bosse & Mayse opened a new location in Saltillo, Mexico. They also formed Mayse Bosse Cattle Co., a cattle operation in Texas and New Mexico.
In 1980, Mayse and Bosse split the company. Both continued to use the ABM name, but as sole proprietors. Mayse kept ABM of Pleasanton, while Tom Bosse kept ABM of Needville. However, they continued their partnership in the grazing and cattle feeding business.